Mean Well has both modified sine wave inverters as well as inverters with a very small THD, or Total Harmonic Distortion, which emits a pure sine wave. Different types of inverters can be used for different types of applications. The low-cost types are, for example, intended for use in caravans, while the more expensive types are, for example, used for powering the measuring equipment on board of the medical busses that accompany cycling teams.

Additionally there are inverters which are used in solar power installations, offshore, or by individuals or companies, and which can be switched directly onto the network. Mean Well has high-quality products ranging in price from producers such as Mean Well, Schaefer and Syko Power. We have a wide price range of inverters for applications in the European as well as the US markets.

Mean Well has modified sine wave inverters as well as inverters which emit a pure sine wave. When Fourier analysis is applied to a perfect sine wave, this should result in one fundamental wave. The sine wave at the output of the inverter, however, will not be perfect, and Fourier analysis thereby produces a series of harmonics of the fundamental which will occur with a certain amplitude. Whenever the total content of harmonics—usually known as the THD, or the "Total Harmonic Distortion"— is below a certain level (typically 3%), we speak of a pure sine wave. In many situations, however, the electronics that need to be supplied with power may not demand a pure sine wave. In these cases, a modified sine wave inverter suffices. The larger the THD, the more harmonics there are, and the more the sine wave begins to take on the appearance of a block wave. 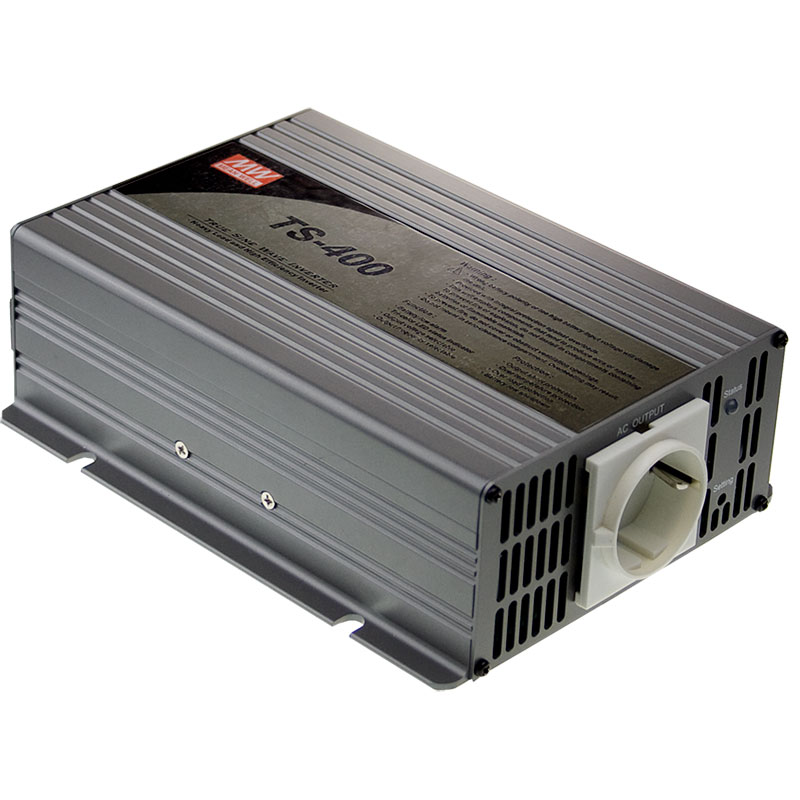